Craig Elliott is an artist based in Los Angeles, California. He received his education at the famed Art Center College of Design in Pasadena, California and studied under artists such as Harry Carmean and Burne Hogarth. Craig’s carefully crafted and arresting images of nature and the human form have captivated audiences with their visual and intellectual celebration of the beauty in this world and beyond. In addition to his fine art work, Craig has had a hand in designing many of today’s most popular animated films from studios such as Disney and Dreamworks. A multi-faceted artist, he is also an accomplished landscape architect, sculptor and most recently, jewelry designer. Especially known for his exceptional ability with the human figure and creative composition, Craig’s work has evolved into a unique vision informing and influencing fine art, print, animation, and commercial worlds. Drawing from the visual worlds of science and nature, the human figure, the grand tradition of American illustration, Japanese scroll paintings and woodblock prints, fantasy illustration, and great artists of Europe, Elliott’s work strikes the viewer at first with a powerful tableau and draws them in to experience the subtlety and beauty within. Beyond the pictorial impact of his work, themes personal to him such as body image, environmental preservation, and social and psychological repression weave themselves throughout his work. After attending Art Center College of Design in Pasadena, California, he began illustrating for various clients and started working full time in the animation industry. He has worked primarily for Disney and Dreamworks, designing their animated films such as Hercules, Mulan, The Emperor's New Groove, Treasure Planet, Shark Tale, Flushed Away, Bee Movie, and Enchanted, Monsters vs. Aliens, and The Princess and the Frog as well as other upcoming features. Craig has also done fully painted comic book and cover artwork for Dark Horse Comics, World of Warcraft Trading cards, editorial illustration for Realms of Fantasy magazine, and more. His work can currently be seen in the books "Treasure Planet a Voyage of Discovery", "The Art of The Princess and the Frog", "Spectrum: the Best in Contemporary Fantastic Art" #10, 11, 12, 13, 15, 17, 19 and 20 and a gold medal in 16 and Silver Medal in 17, “The World’s Greatest Erotic Art of Today Vol. 2”, “Erotic Fantasy Art”, “Fantasy art Now 2”, Aphrodisia I and his 3 sketchbooks. "Flesk Prime" and "The Art of Craig Elliott" 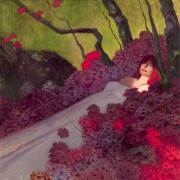