Sean Andrew Murray is a freelance illustrator, concept artist, author and teacher who has worked in the entertainment industry for nearly fifteen years. The bulk of his career so far has been spent as a video game concept artist, working on such titles as "Dungeons & Dragons Online," and "Kingdoms of Amalur: Reckoning" His freelance client list includes: Legendary Pictures (Guillermo Del Toro), Disney-Hyperion Publishing, Sideshow Collectibles, CoolMiniOrNot, Wizards of the Coast, Lego, EA Games, Privateer Press, Fantasy Flight Games, White Wolf Games, ImagineFX magazine and 3DTotal. Sean was a finalist for a medal in the 20th annual Spectrum: The Best in Contemporary Fantastic Art competition and his work has been chosen for the past eight Spectrum annuals. He was also nominated in 2015 for a Chesley Award in the category of “Unpublished Black and White Work.” The production of Sean’s illustrated fantasy book, "Gateway: The Book of Wizards," was funded by a successful 2012 Kickstarter campaign. The book was a primer for a fantasy world centered on a vast city called “Gateway”, which Sean has been working on in his sketchbooks for over 15 years. 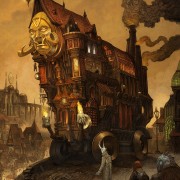 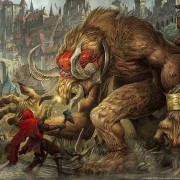 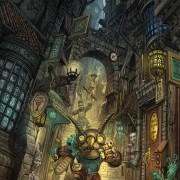