Lisa Falkenstern has been a professional illustrator for more than thirty years, during which time she has painted book covers for most of the major publishers. She is a Gold Medal winner from the New York Society of Illustrators and is in their permanent collection. She won Platinum, Gold and Bronze Awards for her work from Creativity International. She was Best in Show and People’s Choice Award at the 2011, 2012, and 2016 NJ SCBWI conference, and is in many illustration annuals, such Spectrum, Print and Communication Arts. She has shown in galleries in New York City, New Jersey, Pennsylvania and California. Her paintings have been in the biennial show Focus On Nature at the New York State Museum and Roger Tory Institute, winning two jury awards at the FON XIII and FON XIV. She was one of the artists picked for Illuxcon’s 2017 show. Lisa has illustrated the picture books, The Busy Tree, published by Marshall Cavendish, and My Very Own Pirate Book, published by I See Me. She has written and illustrated A Dragon Moves In, also published by Marshall Cavendish and Professor Whiskerton Presents Steampunk ABC, published by Two Lions. Lisa is in a book on women fantasy painters, Women of Wonder, published by Underwood Books, as well as the book Paperbacks From Hell, published by Quirk Books on the cover art of the horror craze in publishing during the 70’s and 80’s. She paints in oils, acrylic and tempera, and shows her magic realist art at the Gallery Piquel in New Hope, Pennsylvania. 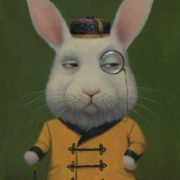 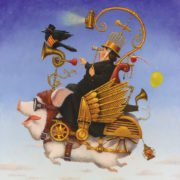 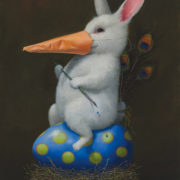 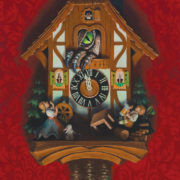 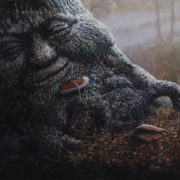