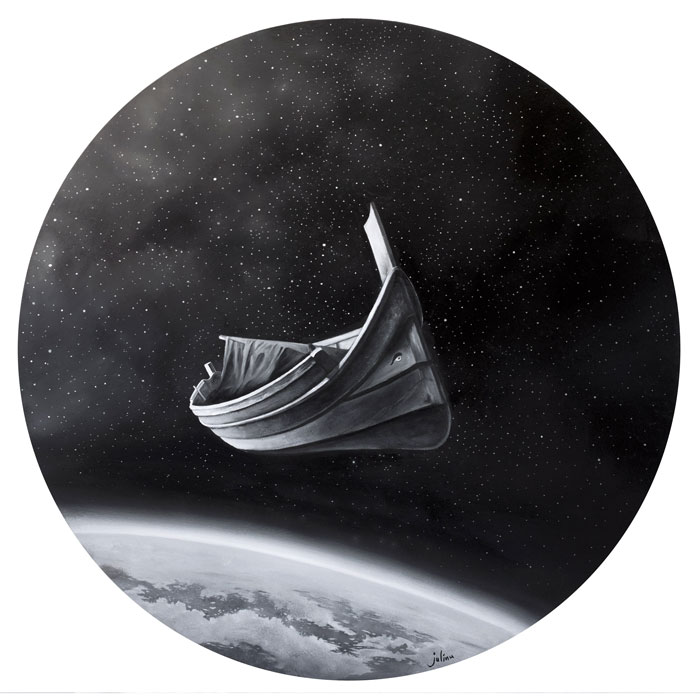 “Space Ship” is part of a series of 17 paintings from my exhibition titled “Julinu’s Radioactive Ravioli” – a set that playfully explores alternative visual interpretations to familiar notions or elements from pop culture.

The craft depicted is a traditional Maltese boat (known as “Luzzu”) which is all too often used as a representation of Maltese culture in touristy adverts. The painting functions on different levels: Firstly I had this image of a “luzzu wandering aimlessly in a vacuum” in my head for a while so I had to get it out of my system. Perhaps living in a small island with a limited cultural context makes me relate to the incongruity of a boat outside its intended environment. Secondly I think it’s fascinating that someone (probably a poet) borrowed the word “ship” when there was no word to describe a vehicle that can wade through space. And thirdly it’s also a Maltese inside-joke – a statement against overusing nostalgic and obsolete icons when representing national identity. The “luzzu” has thus been dumped out in space – Elon Musk style.