Born in rural northern Pennsylvania to a cemetary caretaker and a coal-miner’s daughter, John Malloy, AKA FLuX, began drawing at a young age. He later earned a background in old masters painting and graphic design, and has since been self taught in fine art, illustration, comics, and design. Clients include Peace Tea [Monster Energy/Hansen’s Beverage Co.], Diesel Clothing, Business Week, Minus The Bear, Paste Magazine, Focus Features, Dazed & Confused, Utne Reader and more. His illustrations and designs have been featured in a variety of publications and exhibits, including Illusive, The Big Book of Contemporary Illustration, and Spectrum. He was most recently awarded the platinum prize for Illustration the 42nd Creativity International Print Competition. His fine art has been exhibited in galleries in Los Angeles, Tokyo, New York, San Francisco, Sydney, Atlanta, and Washington DC. He lives in Northampton Massachusetts. He is presently working on an autobiographical graphic novel titled “Queasy: A Memoir”, an excerpt of which appears in Image Comics’ Popgun Anthology. He has concepted and illustrated comic-styled interviews with musicians including Billy Corgan and The Battles for Lemon Magazine. His first graphic novel, “Amnesia” [2001] combined pen & ink, painted, and digital media. 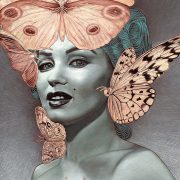 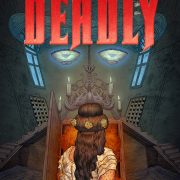