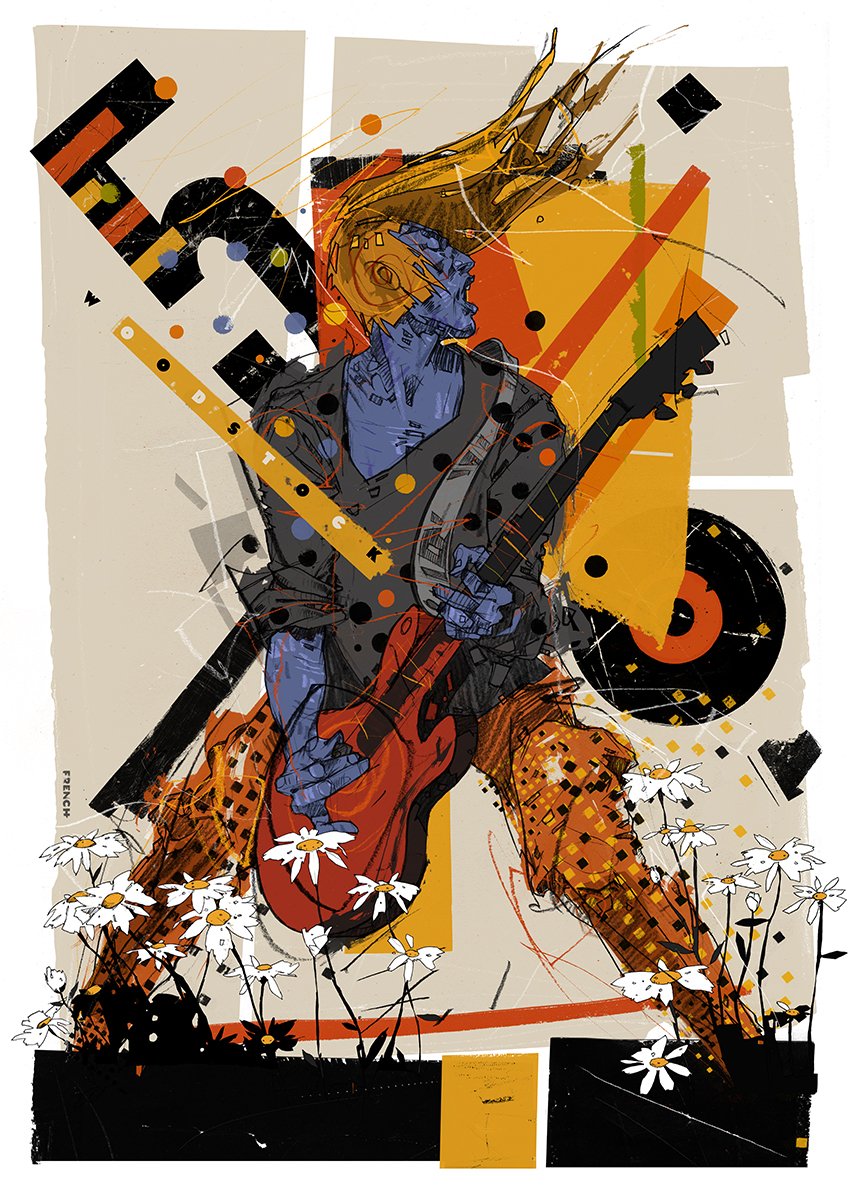 The Bienal Internacional del Cartel en México invited 69 poster designers from around the world to commemorate the 50th anniversary of Woodstock. Each designer was assigned a musician who performed at the Woodstock Music Festival in August 1969. My assignment was to create a poster of Alvin Lee, the front man and lead guitarist for the bluesy British rock band Ten Years After. The work is part of an exhibition titled Woodstock 50: A Piece Of My Heart at the Museo Franz Mayer in Mexico City, Mexico.